The experimental antibody treatment that President Donald Trump received for COVID-19 is the subject of an ongoing clinical trial at the Mayo Clinic and a soon-to-be launched University of Minnesota study.

Doctors say the “cocktail” of monoclonal antibodies ordered by Trump’s doctors is one of the more promising options under development in the race to find treatments for the new disease, which claimed 69 lives in Minnesota last week — the highest weekly toll since June.

Research at Mayo already is underway evaluating the antibody treatment in hospitalized patients. This fall, the U expects to enroll patients in a study looking at whether the antibodies can prevent infection and illness in household contacts of people who have tested positive for the SARS-CoV-2 virus.

Studies of the treatment, which are being conducted at more than 100 medical centers, also will help show which patients might benefit most from monoclonal antibodies, said Dr. Brad Benson, chief academic officer at M Health Fairview. The treatment is intriguing and hopeful, he said, but there have been problems in the past with patients accessing other similar therapies due to cost and technology challenges.

“When I think of the price tag on most immunotherapies or monoclonal antibody therapies, they are steep,” said Benson, who is a professor of internal medicine and pediatrics at the University of Minnesota Medical School. “Our goal would be that everyone has access to the science and the therapies that our president would have.”

The Minnesota Department of Health reported Saturday another 14 deaths from COVID-19, including 10 people who were residents of long-term care facilities.

The state reported 1,434 new coronavirus infections on a volume of nearly 29,500 completed tests — very high numbers in both cases. Hospital figures from the past week aren’t yet complete, but the latest data showed a continued increase through the previous weekend in COVID-19 hospitalizations.

A rising number of cases and hospitalizations is turning the Upper Midwest into the nation’s latest pandemic hot spot.

Health officials attribute Minnesota’s increases to a variety of factors, including large social gatherings, activity over the Labor Day weekend and the return to school for college and K-12 students. Cases are growing even faster in North Dakota, South Dakota and Wisconsin — states that held the nation’s top three spots for population-adjusted COVID-19 case growth over the past week, according to the Harvard Global Health Institute.

“We had the first peak in the Northeast, and then over the summer we had the Sun Belt,” said Dr. Eric Toner, senior scholar at the Johns Hopkins Bloomberg School of Public Health. “Now it’s picking on the Midwest, the Upper Midwest and the Plains states. Minnesota is much better than most of its neighbors.”

New York-based Regeneron Pharmaceuticals Inc. confirmed Friday that the company provided a single 8-gram dose of a cocktail of two monoclonal antibodies for use by Trump. Regulators have not approved the treatment for general use, but it was provided by way of a compassionate use request from Trump’s physicians. The New York Times reported that Trump received the treatment.

Trump received the higher of two doses being studied at Mayo, a company spokeswoman said, while doses aren’t being disclosed in the prevention trial at the U.

Badley, the Mayo Clinic physician, said he couldn’t comment on Trump’s treatment. In general, he said, the idea with monoclonal antibodies is that they can prevent the SARS-CoV-2 virus from infecting cells and triggering an immune response that can leave patients critically ill.

The concept is similar, Badley said, to the one driving Mayo’s research on using plasma from people who recovered from COVID-19 to help patients with active infections. The goal is to deliver virus-fighting antibodies, but it’s not always clear whether antibodies from plasma will hit the target.

In the initial phases of COVID-19 illness, the virus uses a spike protein to bind to a cell receptor and make its way inside, said the U’s Benson. The virus then takes over the cell’s machinery to reproduce itself.

“When you think of how Regeneron acts, it is a monoclonal antibody that is tailor designed to essentially put gloves on that spike protein,” Benson said. “It is supposed to just wrap up that spike protein — bind it — so that it can’t then lock onto that back door into the cell.”

COVID-19 is a viral respiratory illness that usually causes either no symptoms or a mild illness, but can result in serious illness and death — particularly in older people with health problems. In Minnesota, the pandemic has generated 102,787 cases, 7,846 hospitalizations and 2,073 deaths.

Recent case increases in neighboring states aren’t driving patients into Minnesota, but hospitalizations here clearly are on the rise, said Dr. Pritish Tosh, an infectious disease specialist at Mayo. While a lot of the case growth in Minnesota is among younger people at lower risk of serious illness, Tosh said rising hospital numbers suggest a spillover effect for older adults.

“Within the Upper Midwest broadly, it certainly appears that the outbreak is real and that this is a real hot spot, in terms of not just detected cases but community activity of COVID,” he said.

Sat Jan 22 , 2022
CAMDEN COUNTY, NJ — Previously this thirty day period, gyms in New Jersey were permitted to reopen at 25 per cent potential amid the coronavirus pandemic. Clients also have to put on deal with coverings, and on Wednesday, Camden County officers issued additional basic safety suggestions health and fitness center […] 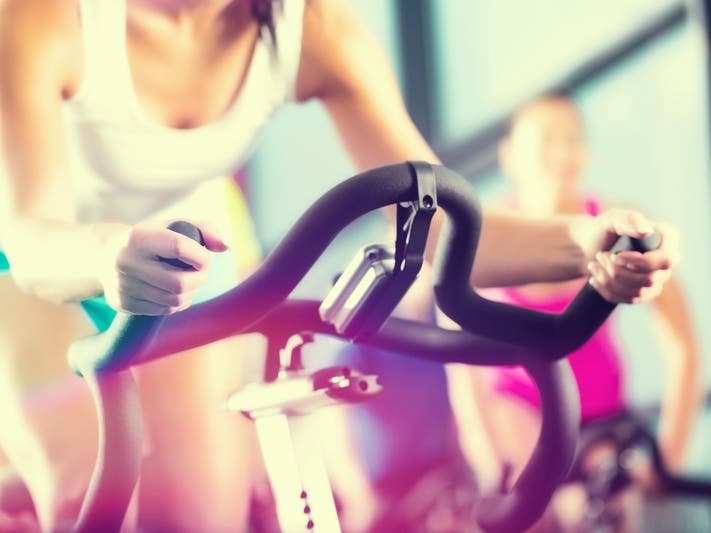